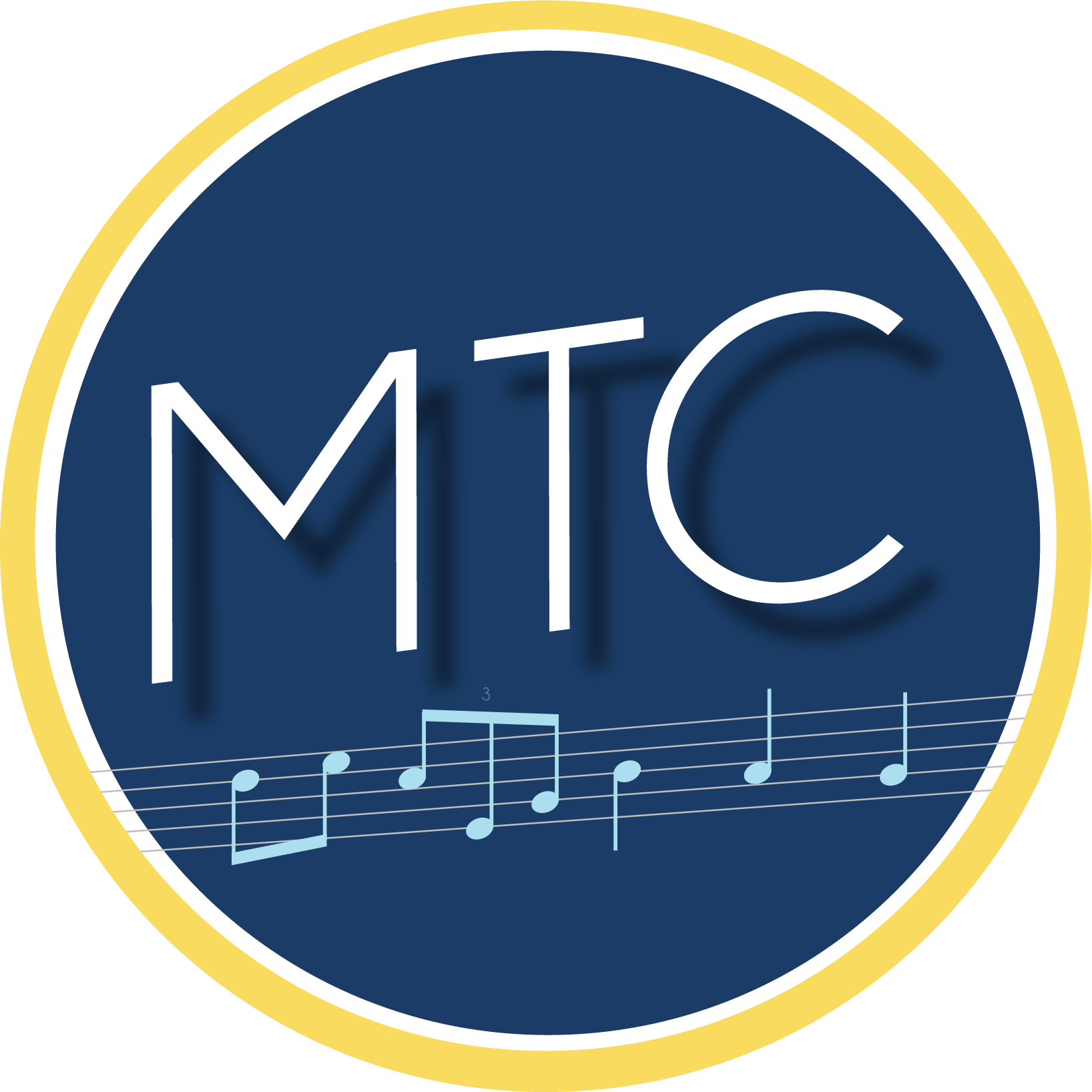 Our Instructors Are World-Class 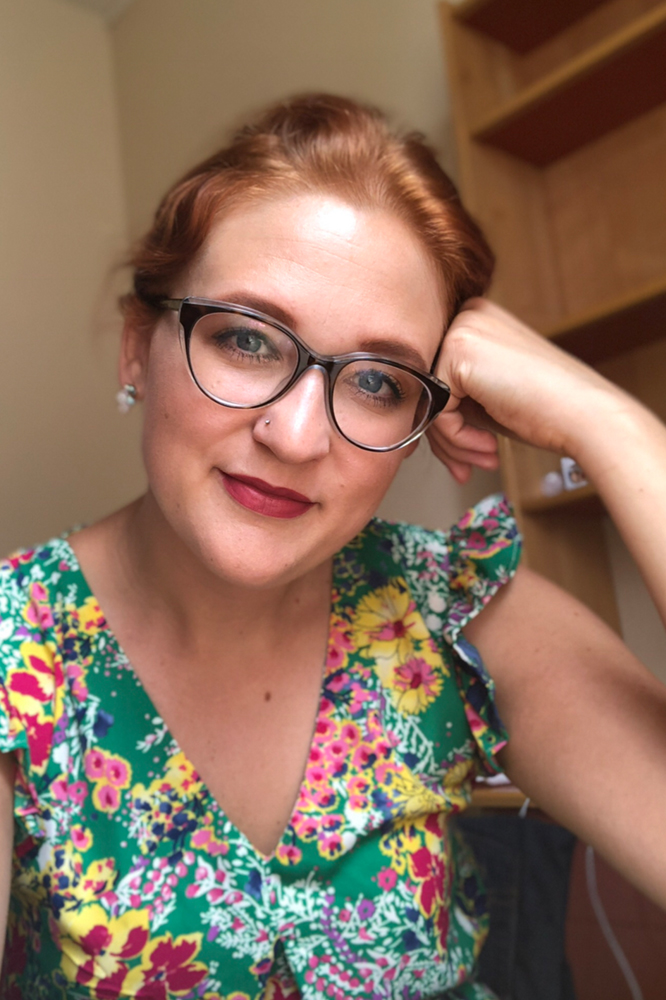 Tegan believes with her whole being that music is for everyone and everyone can sing. She was the Music Director of the Off-Broadway show, The Office the Musical and conducts with the Brooklyn Youth Chorus in New York City. 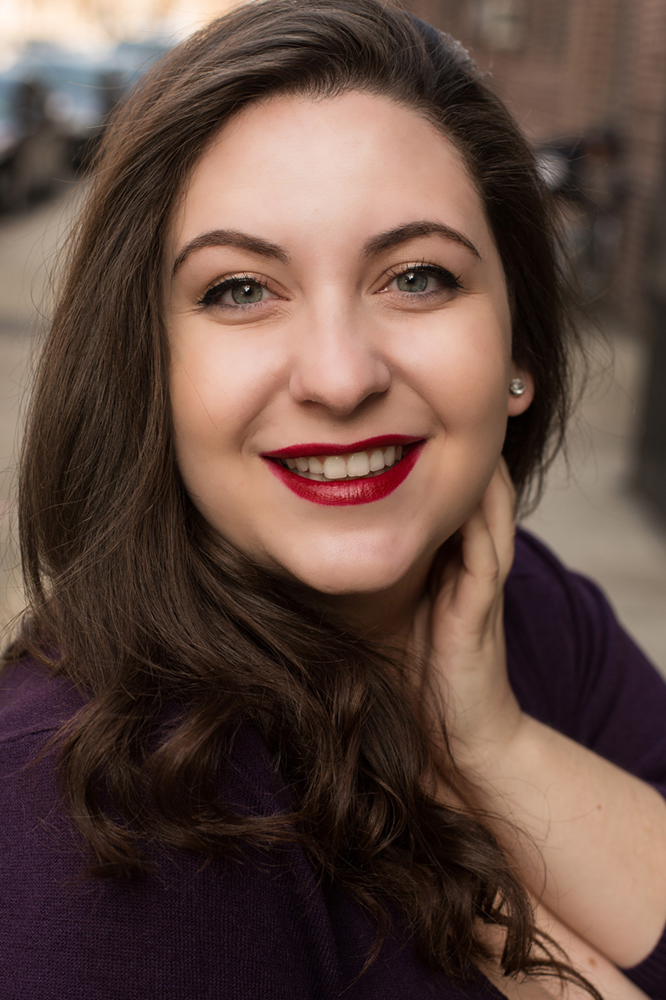 Christina believes that being a well-rounded musician is a vital part of being a performer. She is an NYC native and has performed all over the world in places like the Oslo Opera House in Norway. 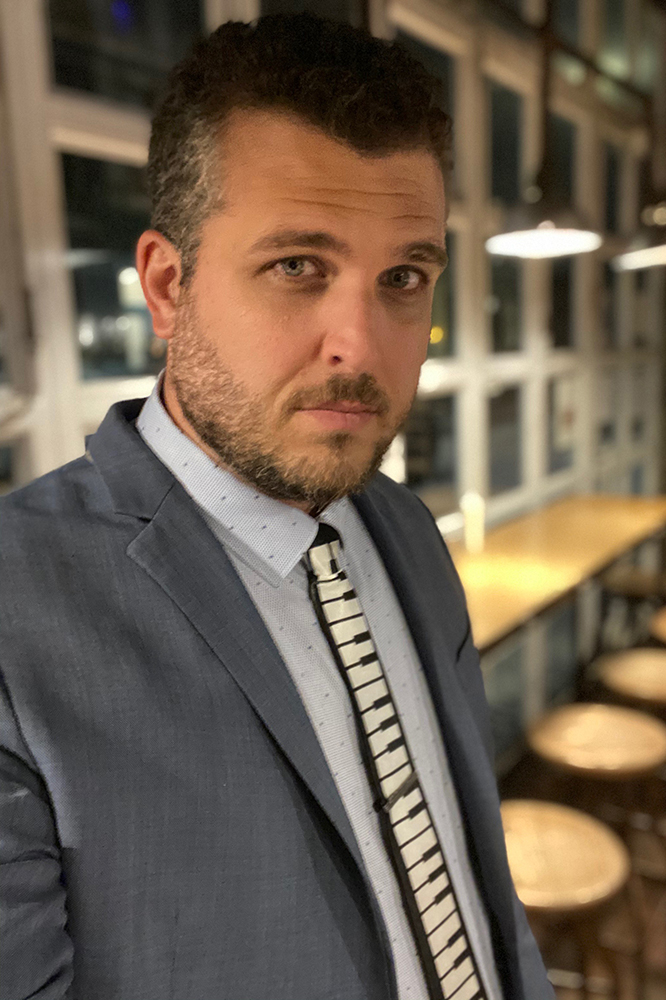 Born and raised in Israel, Grammy nominated Assaf Gleizner has been working as a composer, music director, orchestrator/arranger and pianist both in NYC and around the world for the past 15 years. 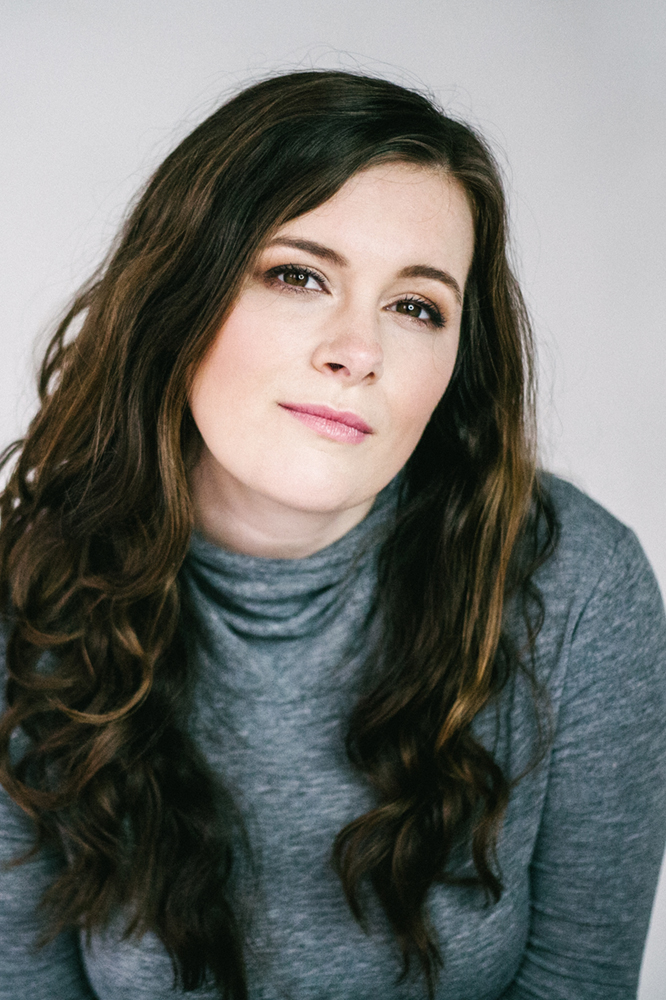 Lynda is a Las Vegas native and specializes in audition prep and vocal performance. She has held residences with Waterwell and New York City Children’s Theatre. 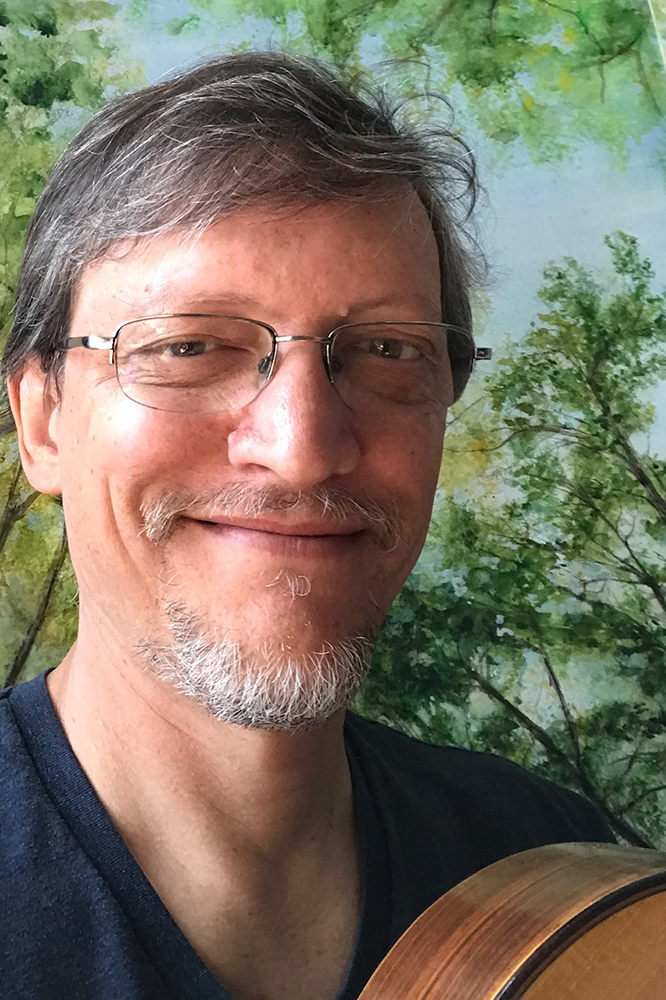 Jay Kauffman is a classical guitarist who has performed around the world as well as all around New York. He is a published composer whose works and arrangements have been performed at Carnegie Hall. His performance degrees are from the Juilliard School and the Cincinnati Conservatory of Music. 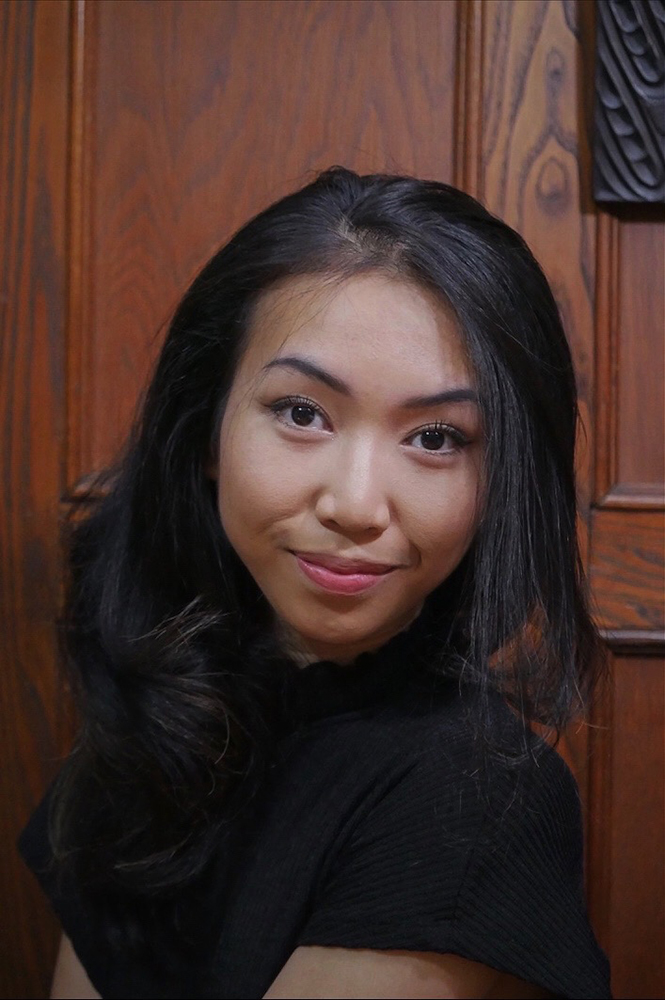 Tasya (Tasha) Rifalia is a New York City pianist, composer, and music producer from Jakarta, Indonesia. Over the last ten years, Tasya has numerous achievements in the music industry, including performances with John Legend and in countries such as Japan, Thailand, Malaysia, and Indonesia.

Originally from Kentucky, Tegan Miller is a voice teacher, conductor, music director, and performer. She believes with her whole being that music is for everyone and that everyone can sing. She also believes true artistry is found in strengthening your musicianship skills and refining your technique. Tegan has attended all three levels of training in Somatic Voicework, the Lovetri Method.™and also attended classes at the CCM Institute at Shenandoah University. She also a member of NATS and the Speakeasy Cooperative..

Tegan is the conductor of the brand new, MTC Women's Choir, which continued their inaugural season through the pandemic and although singing over Zoom is not quite the same, they were happy to be together during such a tumultuous time. Tegan was also the Assistant Conductor and professional singer with the innovative chorus, Choral Chameleon. Tegan also conducts the level 5 choir at the Brooklyn Youth Chorus and her most unusual, but memorable choral directing experience to date involved being one of 25 conductors of over 1000 voices in 'The Public Domain' project at The Lincoln Center in 2016.
‍
As a Music Director, she most recently directed the off-Broadway hit 'The Office - the Musical Parody'. Other favorite MD credits include 'Friends - the Musical Parody' (National Tour), '90210 the Musical' (off-broadway), 'If/Then' (High School Premier).

As a vocalist, Tegan is a multi-genre performer who has been fortunate enough to sing all over the world, from Carnegie Hall to the Vatican. She was a Semi-Finalist and was awarded the People's Choice Award at the American Traditions Competition this past February in Savannah, Georgia.

Tegan holds a degree in Music Education from the University of Kentucky and has studied Conducting and Ear Training at Juilliard School of Music and the European American Musical Alliance in Paris with Mark Shapiro and Dr. Kyle Blaha. She is currently getting her Masters in Choral Conducting at Simpson College with Dr. Matt Oltman and Dr. Tim McMillen.www.teganmiller.com 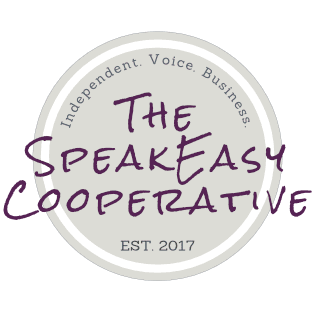 Christina specializes in healthy singing but also OPERA! She takes beginner to intermediate voice students.
‍
Soprano Christina Kershaw is a New York City native and a recent graduate of The Conservatory at Brooklyn College with a master of music degree in vocal performance as a student of renowned voice teacher, Mark Schnaible.
‍
Ms. Kershaw believes that being a well-rounded musician is a vital part of being a performer. She believes in a holistic approach to voice instruction and technique, knowing that the most important part of teaching voice is to develop a student’s true voice and color, giving them the technical tools to sing healthily - for the longevity of their career and freedom to be an artist!
‍
Ms. Kershaw has done a considerable amount of teaching and ensemble work as well as solo work. During her time in Connecticut, she received a bachelor of science degree in music education and was a member of the University Singers, with whom she toured and performed throughout China and Japan. She has worked with several professional church choirs in NYC, most notably the St. Patrick's Cathedral Choir. She has also done work with Loft Opera in the chorus of Le Comte Ory, hailed by the New York Times as “a perfect union of New York’s most raucous and delightful opera company with one of the most raucous and delightful works in the repertory.” Christina is also a member of the Composer's Choir, which is a small ensemble designed to create premium recordings for new works by composers from all over the world.

Equally comfortable in opera, oratorio, and ensemble work, Ms. Kershaw freelances regularly around the tri-state area and makes appearances internationally. Her voice has been described in a review by John Yohalem as “...always on pitch and on target, incisive and direct.” Ms. Kershaw has most recently performed the roles of Nella in Gianni Schicchi and La Tasse Chinoise / La Chatte in L’enfant et les Sortilèges under the direction of Isabel Milenski. Prior to that, she performed the role of Cinna in one of Mozart’s earliest works, Lucio Silla. She has also taken on the role of Nada in the New York premiere Svadba, a six-female contemporary a cappella opera, composed by Ana Sokolovic. This summer she was a 2019 studio artist at Lidal North International Opera Workshop, performing the roles of Yvette and Georgette in Puccini’s La Rondine at the Oslo Opera House in Norway. Additionally, she has sung 1st Lady in The Magic Flute with New York Lyric Opera Theatre and performed as the soprano soloist for Vivaldi's Gloria with the Nutmeg Symphony Orchestra. Last year, she was the soloist for Ralph Vaughn Williams' Dona Nobis Pacem, where she made her Carnegie Hall debut, under the baton of Malcolm Merriweather.

Born and raised in Israel, Grammy nominated Assaf Gleizner has been working as a composer, music director, orchestrator/arranger and pianist both in NYC and around the world for the past 15 years. He's a member of BMI Lehman Engel Musical Theatre Workshop and Founder and Artistic Director of the organization, Arts for Immigrants.

Most notable projects are:

Guitarist Jay Kauffman has performed to critical acclaim on stages from New York to San Francisco to Shanghai, and is a published coomposer whose works have been featured on National Public Radio.
As a classically trained musician and teacher with graduate degrees from the Juilliard School of Music and the Cincinnati Conservatory, he is committed to translating the principles of technical and musical mastery into plain language and practical suggestions for guitar students of all levels and all stripes. He’s been on the faculty of the prestigious Bowdoin Music Festival as well as the Western Connecticut State University.
His compositions have garnered much praise, and combine a high level of guitar wizardry with a fluid, expressive, and richly varied compositional technique. His music can be heard on his recording, Fingerprint, which contains music inspired by the traditions of Spain, Venezuela, Brazil, The United States, Japan, Mongolia, and Turkey.His music is published by Tuscany Publications and distributed by The Theodore Presser Company, as well as by Les Productions D'oz.
He has been awarded numerous fellowships and scholarships, and has won top prizes in several national and international competitions, including ASTA, MTNA, and the Arts America Auditions. He performed his New York Debut at Carnegie’s Weill Recital Hall as the only winner in guitar of the 1994 Artist’s International Competition. He has performed throughout North America, concentrating on the Eastern and Midwestern United States.
His work as an Artistic Ambassador for the now defunct United States Information Agency brought him performing throughout China, Korea, Taiwan,
and Mongolia, as well as in India.

Lynda DeFuria is a Las Vegas raised, New York based artist lady. Since graduating from Berklee College of Music in Boston, DeFuria has built a versatile career on the stage, both in music and theatre. She has performed at Lincoln Center, The Sydney Opera House, on national TV's “Showtime at the Apollo,” New York’s The Bitter End and Rockwood Music Hall, Off-Broadway, and most recently on the National Tour of the Tony award winning musical, “Kinky Boots.” Using her art to inspire change, Lynda is a Co-Founder of the feminist changemaking nonprofit, The Shrill Collective, that focuses on producing new works written by women and non-binary playwrights with proceeds benefiting various organizations. A songwriter and storyteller, DeFuria’s two previous releases 2010’s “Alive” EP and 2013’s “Ticking Clocks” delivered “confessionally honest, but relatable lyrics” with soaring vocals to “paint aural landscapes of acceptance, love, the unseen, belief, and hope.” Her song “Where You Stand” was awarded 1st place in BMI’s John Lennon Songwriting Scholarship Competition. Lynda DeFuria’s newest single “Hiding From Love”was released in February 2020. When she’s not performing, writing, or shrilling, Lynda works as a private vocal coach and teaching artist in NY public schools. Specializing in audition prep, vocal performance, songwriting, and devised theatre, Lynda has held residences with Waterwell, New York City Children’s Theatre, UrbanArts Partnership, Manhattan Youth, and was previously part of the Middle School Vocal Faculty at PPAS.Lynda DeFuria currently resides in Harlem where the Pizza Stop guys know her name and she’s perfectly okay with that. Stay in the Lynda Loop: www.LyndaDeFuria.com | IG: @LYNDAmonsterr

Check out Lynda's music on SPOTIFY!

Tasya (Tasha) Rifalia is a pianist, composer, and music producer from Jakarta, Indonesia, currently based in New Jersey. Over the last ten years, Tasya has numerous achievements in the music industry, including performances in countries such as Japan, Thailand, Malaysia, and Indonesia.

Tasya earned her Bachelor of Music degree as a Piano principal from Berklee College of Music, where she received the Asia Tour Scholarship and Berklee Achievement Grant Scholarship. Before attending college, Tasya obtained the Yamaha Advanced Certificate in 2016, after completing her study and passing the professional examination: Music Teacher Grade.

From a very young age, music has always been integral to Tasya’s life, and it remains a powerful and natural way for her to feel, heal, and connect. Tasya began taking piano and electone (electronic organ) lessons at age 4 and has been writing her own music since. At age 14, one of her compositions was selected to be performed at the Asia Pacific Junior Original Concert 2012 at the Petronas Philharmonic Hall, Malaysia, being one of twelve composers selected from amongst 30,000 submissions worldwide. The concert was attended by the Deputy Prime Minister of Malaysia and many other VIP guests. Tasya was also invited to perform at the prestigious International Junior Original Concert 2012 and 2014 at the Bunkamura Concert Hall, Japan.

Her latest music production works include a tribute to John Legend featuring Legend himself, aspart of the Berklee Virtual Commencement Concert 2020. Tasya was chosen to be both the track producer and pianist for the tribute. Some of her most recent performances were at SXSW (South by Southwest) 2019 in Austin, Texas, and at the United Nations Headquarters, NYC, for the UN Security Council 2019 reception.

When not working on music, Tasya loves to take long walks and do outdoor activities of all kinds. She believes that exposure to nature is a powerful way to feel, heal, and connect—just like music.
‍
‍www.tasyarifalia.com